Mountain Hardwear: Richmond-based Mountain Hardware has been my go-to supplier for camping-and-backpacking clothing and gear for more than a decade.  One of the things they make is hats, including the Alpine Balaclava, a polar-fleece cowl with a baseball-cap-like visor that looks perfect for bright, cold days in the snow.
Patagonia: With Ventura-based Patagonia, you get what you pay for.  What you pay is a lot.  What you get is exactly what you want.  Patagonia’s gear and clothing looks great, it works perfectly, and it is manufactured as ethically and sustainably as reasonably possible.  I do not yet own any Patagonia hats.  But I do own a broad cross-section Patagonia clothing and gear, all of which may very well last me forever. 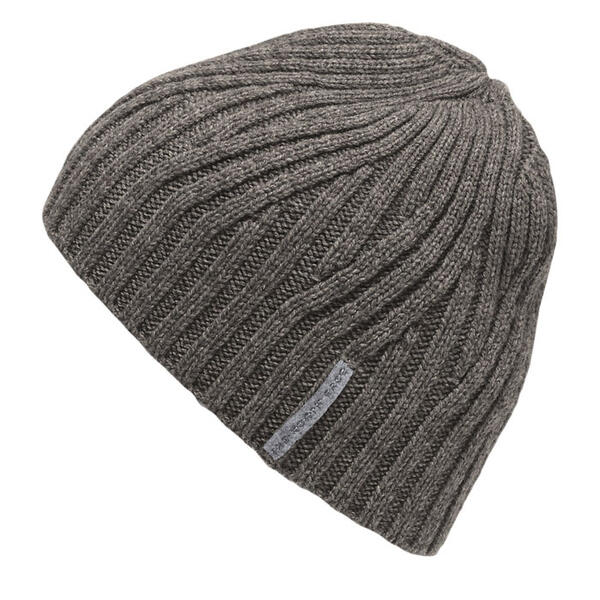 North Face: Alameda-based North Face makes pretty much everything an outdoors-enthusiast could want, including wool hats and beanies.  And – judging by everything I’ve bought from them so far – they make all if it really really well.  Fifteen years ago, I bought a North Face backpack.  Thousands of backpacking miles later, not a stitch has popped, not a buckle has broken –the thing doesn’t even smell bad.

DSTLD: Los Angeles-based DSTLD is an online-only, direct-to-consumer designer and seller of Kenneth Cole-grade clothing and accessories.  Their wares include cashmere beanies.

Volcom: Orange County-based Volcom is a one-stop shop for skater/surfer/snowboarder fashion, from hats and beanies to board shorts to two-piece suits.  Because they target skaters – who shred clothes quickly, no matter how high quality – I did not expect Volcom to put much effort into the second-thing-to-go elements of clothing construction.  After all, why double-stitch a garment that’s going to be rags within weeks regardless?  But I was pleasantly surprised.  A few years back, I bought a Volcom button-up. It was a good purchase.  The shirt had a clean silhouette, but with slightly skewed seams that bent people’s eyes just enough to prevent them from looking past me.  And – because I do not lead a tear-through-fabric lifestyle – it lasted for years.

Chrome: When I lived in the real Bay Area (i.e., the Bay Area in which you can see the Golden Gate and/or Bay Bridge with minimal effort), Chrome was the most ubiquitous brand of messenger bags and backpacks.  Now, they've expanded their line to include everything a bike-messenger-type urbanite needs for day-to-day living, including beanies.
Posted by Unknown at 1:16 PM