Kanan: Los Angeles-based Kanan is my favorite t-shirt brand.  Nobody else even comes close.  They cut their shirts slim, using a luxurious, thicker-than-usual fabric which made from California-grown cotton.  This top-shelf fabric helps the shirts keep their color and their shape, even after multiple washings.  It also drapes well, giving the wearer a fitter, sleeker look.  The stitching is clean and carefully executed – no loose threads anywhere.  And Kanan’s t-shirts only cost one-third the price charged by Canada-based Robert Bakarett, the only brand I’ve found that makes t-shirts of comparable quality.
Richer Poorer: San Juan Capistrano-based Richer Poorer makes no-frills pocket tees.  Although I do not own any Richer Poorer t-shirts, I would not hesitate to give them a try – I do own Richer Poorer socks, and they are the highest-quality socks in my drawer.

American Giant: San Francisco-based American Giant claims to make The Perfect Hoodie.  I bought one.  It is.  They also make t-shirts.

Patagonia: With Ventura-based Patagonia, you get what you pay for.  What you pay is a lot.  What you get is exactly what you want.  Patagonia’s gear and clothing looks great, it works perfectly, and it is manufactured as ethically and sustainably as reasonably possible.  I do not yet own a Patagonia t-shirt.  But I do own a broad cross-section Patagonia clothing and gear, all of which may very well last me forever.

Mountain Hardwear: Richmond-based Mountain Hardware has been my go-to supplier for camping-and-backpacking clothing and gear for more than a decade.  They also make t-shirts, which probably are of high quality, and which look nice, in a a-backpacking-company-made-this sort of way.

Brave Star Selvage: Los Angeles-based Brave Star Selvage is my favorite denim brand.  Candidly, however, I do not like their t-shirts as well as I like their other products.  Brave Star’s t-shirts just aren’t fitted enough for a slim guy like me.  But the quality is excellent.  These shirts are well constructed out of substantial, butter-soft organic cotton.

North Face: Alameda-based North Face makes pretty much everything an outdoors-enthusiast could want.  They also make outdoors/urban-hybrid t-shirts, which – judging by everything I’ve bought from them so far – likely are of high quality, if a bit over-logoed for my taste.

Volcom: Orange County-based Volcom is a one-stop shop for skater/surfer/snowboarder fashion, from t-shirts to board shorts to two-piece suits.  Because they target skaters – who shred clothes quickly, no matter how high quality – I did not expect Volcom to put much effort into the second-thing-to-go elements of clothing construction.  After all, why double-stitch a garment that’s going to be rags within weeks regardless?  But I was pleasantly surprised.  A few years back, I bought a Volcom button-up. It was a good purchase.  The shirt had a clean silhouette, but with slightly skewed seams that bent people’s eyes just enough to prevent them from looking past me.  And – because I do not lead a tear-through-fabric lifestyle – it lasted for years.

Runyon Canyon Apparel: Los Angeles-based Runyon designs and manufactures USA-milled, USA-cut, and USA-sewn clothes that are great for running around outdoors.  Their t-shirts also would work for streetwear.  One thing: their shirts run a bit big -- I recommend buying a size down. 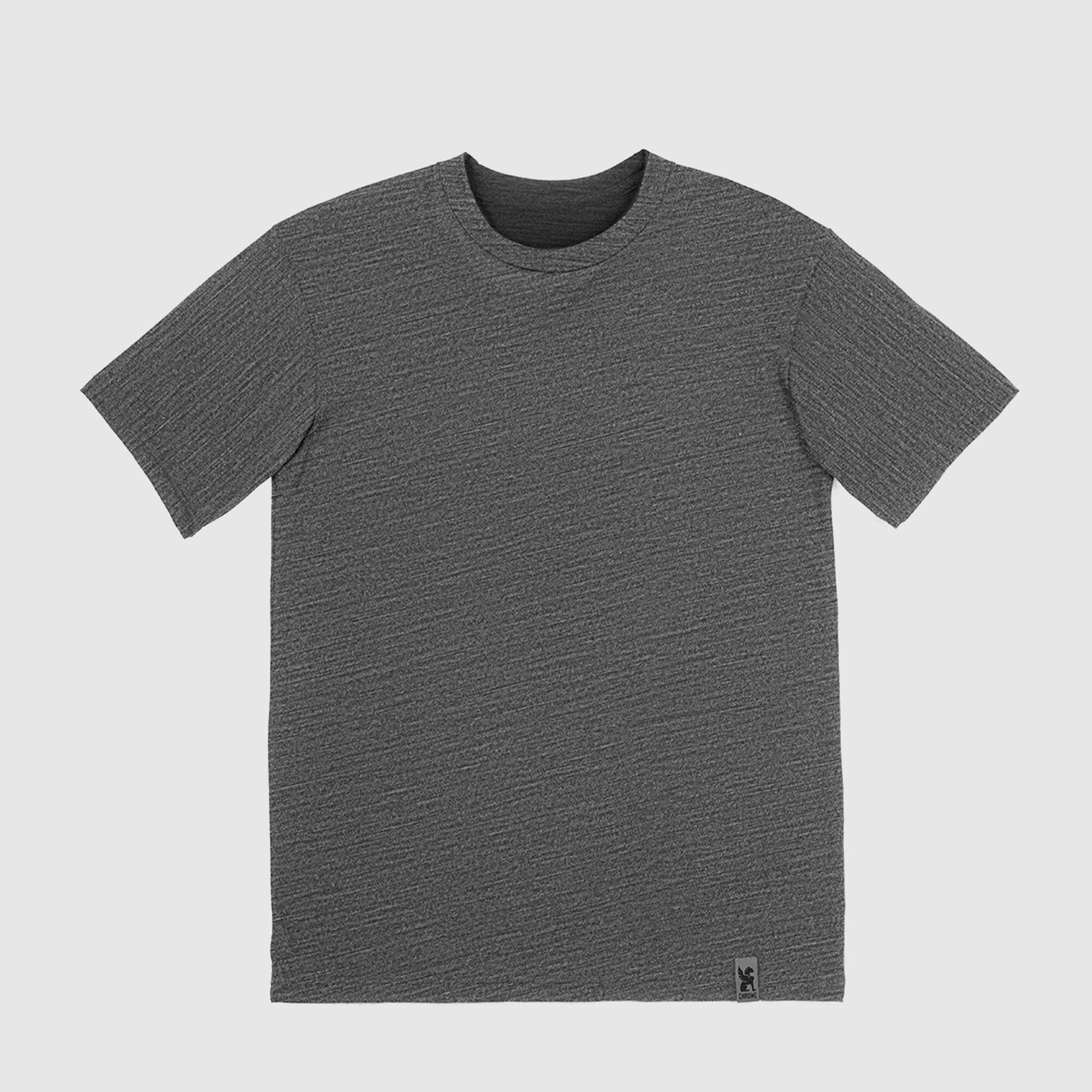 Chrome: When I lived in the real Bay Area (i.e., the Bay Area in which you can see the Bay Bridge and the Golden Gate Bridge with minimal effort), Chrome was the most ubiquitous brand of messenger bags and backpacks.  Now, they've expanded their line to include everything that a bike-messenger-type urbanite needs for day-to-day living, including tees, such as this nice-looking tee made of merino wool.

Chubbies: San Francisco-based Chubbies makes pool/beach clothes with anti-fashion prints for the Weekend At Bernie’s crowd, including some t-shirts.  Personally, I’ve never seen a Chubbies shirt that I can imagine myself wearing.  But their Weekend Love exuberance keeps me returning to their site.

DSTLD: Los Angeles-based DSTLD is an online-only, direct-to-consumer clothing designer and seller.  Their wares include comfortable-looking t-shirts in dark hues.

Everlane: San Francisco-based Everlane has built their urban-basics brand on "radical transparancy."  For each product they sell, they tell their customers about the factory in which it was made, and how much it cost to make it.  According to their website (and Bloomberg), Everlane also devotes substantial resources to ensuring that their factories follow ethical labor and environmental practices.  I don't own any Everlane products yet, but I definitely recommend giving them a look -- their prices are reasonable, and their website images promise quality.

AG Jeans: Los Angeles-based AG made their name designing flattering and socially conscious jeans, which my wife has worn happily for years.  They also make tees which, based on their website's pictures, are worth checking out.

American Apparel: So here's the thing about Los Angeles-based AA: It's well made, and it looks great on the people who it looks great on.  For everyone else, AA seems designed specifically to highlight the ways in which it does not look great on them.  Don't know which category you fall into?  Well, the folks around you do.  Ask someone you trust if you're one of the people who AA designs its clothes to fit.  If the answer is yes, then lucky you -- you have a one-stop shop for relatively inexpensive, ethically manufactured, long-lasting basics.  If the answer is no, walk away from this brand forever.

Body Glove: Redondo Beach-based Body Glove claims that its founders used insulation from the back of a refrigerator to invent "the first practical wetsuit."  I have no idea whether that's true.  But I have worn enough of Body Glove's offerings over the years to trust them to provide me with solid surfing-related apparel at a fair price.